Your Conduit to Profitability.

In one way or another I have been associated with Williamson since 1973. At that time, I was working for a company that did controls for high density electric heating systems. Williamson had the only non-contact temperature sensors that could accurately measure the target temperature in the presence of all that infra-red energy. Stapleman Corporation has been their representative in Wisconsin since 1981.

Infra-red temperature sensors measure infra-red energy being emitted from the target (part being measured). It is a pretty straight forward measurement, except for three things:

In the mid 80's the industry came up with ratiometric IR sensors. Measure the temperature at two different wavelengths then calculate the temperature based on the difference between the readings. With this method field of view and emissivity, errors are eliminated and most interferences are ignored. At the time Williamson diverged from the other manufacturers and used a dual wavelength approach instead of the standard two colors. That technology has proven superior in the long run because dual wavelength can be used for much lower temperatures - as low as 200 degF. The superior technology and the concentration on IR sensing means Williamson sensors will work where others have failed.

There are five different product lines ranging from very economical to the most sophisticated sensors on the market.

Silver Series comes in short and long wavelength versions with pricing starting at just $210. Yet this series has many advanced features that make the product stand out in a crowded field.  This is the lowest priced short wavelength IR sensor on the market.

Pro Series comes with a processor built into the sensor and can be tricked out with many extra features that are just not available anywhere else. Check out the applications pages to see where we have solved difficult problems.

Ratio Pyrometers can be used for temperature measurements where nothing else will work. It is the Pro Series with two optical paths to the IR sensor. This sensor reports the hottest temperature it sees regardless of field of view or emissivity or interferences. The dual wavelength version can be used for monitoring temperatures as low as 200 degF.

Williamson has been a strong leader in the industry for many years. You can count on this company to get the job done even if everyone else has failed in the past. 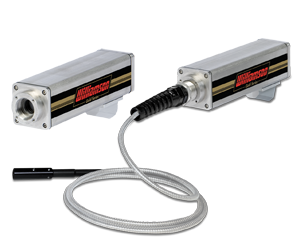 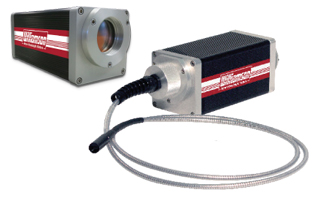 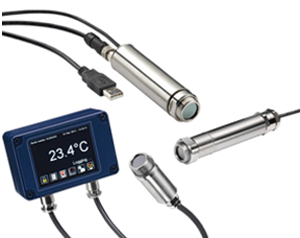 Their two-wire transmitters are economically priced yet geared with optical options so you can tailor a sensor to handle plastic, hot metals, or glass or use it in the presence of infrared energy. You can also get these simple sensors with fiber optic viewing.

Williamson manufactures single wavelength sensors with the availability and options you need to really make it work. Remember, Stapleman Corporation has 43 years of experience when it comes to applying Williamson technology.

Dual wavelength sensors have a unique design that makes them simply work better than other ratiometric instruments. Most ratiometric instruments use two sensors and must filter out most of the signal they get from the target. Williamson's dual wavelength technology uses a single sensor and two optical paths so it can use all of the energy from the target and give you a reading that is 100x more sensitive. That means you can see the temperature of thin wire; you can monitor hot metal being poured in a wavy stream; you can see an induction heated part through the splash of a quench, and more.

Ratiometric sensors are based on the idea that target size and emissivity do not count because the temperature is based on the ratio of two readings. However, with really bright metals such as aluminum, brass, and many molten irons, the reflections are so severe that they cause errors even in ratiometric sensors. To compensate, Williamson has developed a multi-wavelength sensor which has a compensating optical path which counteracts the errors of the dual wavelength sensor.

What makes Williamson different from their competitors is their slogan – Wavelength Matters. Their focus on wavelength selection allows their instruments to take measurements traditionally considered difficult or impossible to read. This is why they are a top infrared temperature sensors manufacturer. If you have any questions about our Williamson products or the other specialty sensors we offer, do not hesitate to contact us.